Mele Kalikimaka from the Brookses! 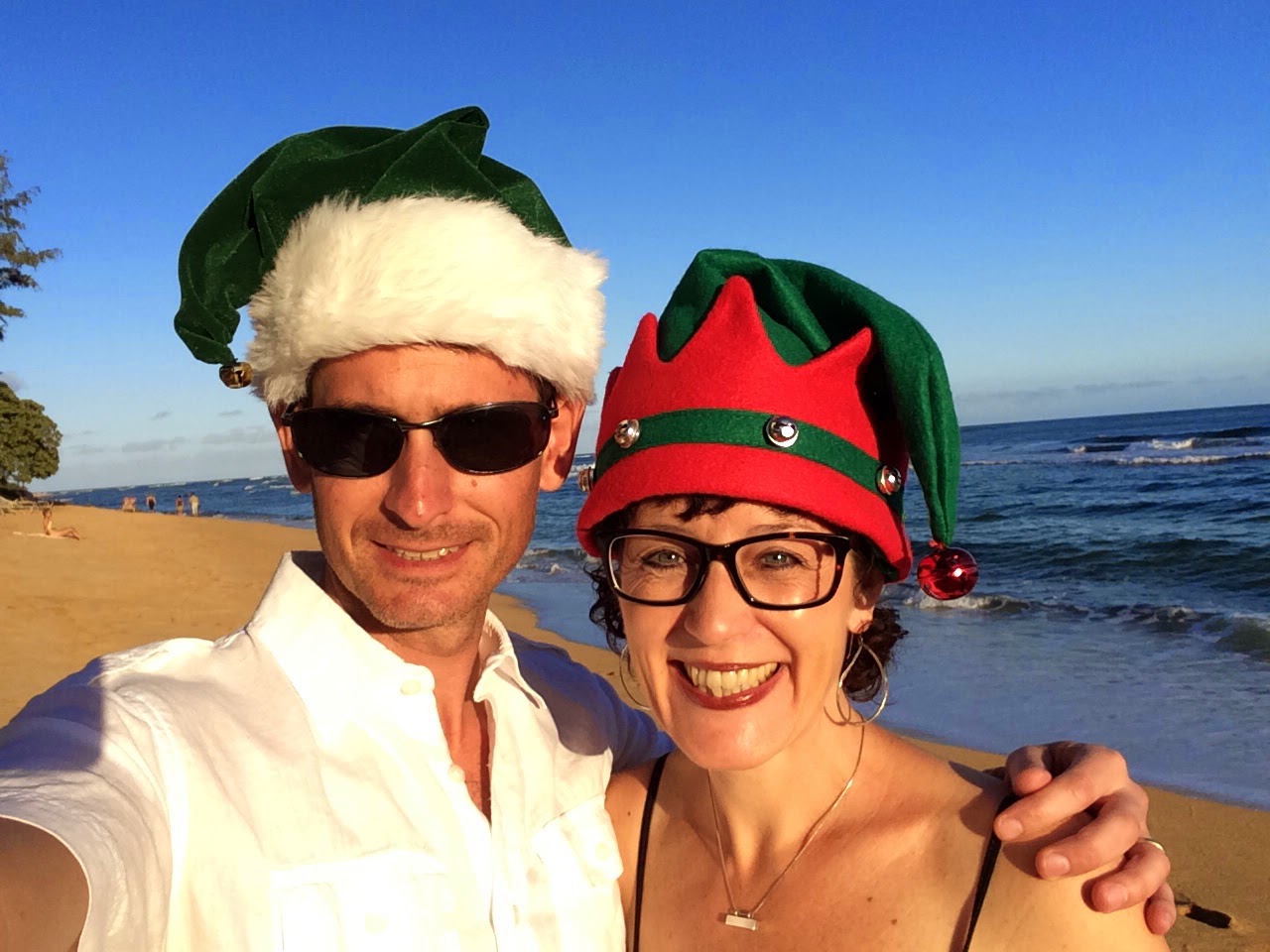 It's been a busy and fun-filled year for the Brookses, leading to some big changes coming our way.  Those of you on Facebook may have followed the excitement day-by-day, but for the rest, we'll give you the year in review.

2014 started off as a relatively stable year.  We started our third year in Oakland, where we've been living in the same apartment for 2 1/2 years.  Scott continued working at Nestle Dreyer's Ice Cream.  No big news.  All of this normalcy did give us the opportunity to indulge in our favorite passtime - travel!  The Michigan State Spartans gave us a reason to start 2014 with a trip to Pasadena to watch them play (win) in their first Rose Bowl since January of 1988.  So after spending Christmas exploring central Oregon, we drove down south to meet friends John, Emma, Jim, and Laura to ring in the new year and watch some football.

The next six months went by close to home, where we passed the fairly warm and dry California winter exploring lots of local hikes, venturing to Yosemite for Easter weekend, and gearing up for a much busier summer calendar.  Scott was slated to travel to Nestle headquarters in Vevey, Switzerland in June for two weeks of training.  So we made plans to have Caroline meet up with Scott afterward in Prague for another 10 days in Europe, giving us the chance to see a bit of Central Europe, mostly Prague and Budapest - both new territory for us.  We had a wonderful time in these two very distinct cities, and as always look forward to going back to keep exploring new places.

Soon after returning home, Caroline was back on a plane to Michigan to visit family and see both of our parents' new homes in the Detroit area.  Scott was able to join for a weekend as well.  It was great to be back in Michigan to see everyone after a two year hiatus.  The week after that, it was off to Albuquerque for a whirlwind "business" trip tending to our rental home as we saw some new tenants move in.  Another place we wish we could make it back to more often.  Late September gave us another opportunity to visit much of the Brooks family, as we gathered in Massachusetts to attend the exquisite wedding events of Scott's cousin Kyle and his new bride Kristen.  New England was another part of the world in which we hadn't spent much time, so we took advantage of our trip east to travel up to New Hampshire and Maine to see the autumn colors and enjoy the breathtaking scenery of the region's famous parks (Franconia Notch, Baxter, Acadia).

Now to the big changes.  In November, Scott discovered an exciting opportunity to work for Nestle's Nespresso division, which is headquartered in Manhattan.  In no time, Scott found himself interviewing in New York, and accepting an offer shortly thereafter.  So by early February of 2015, we'll be moving to NYC to start a new adventure on the east coast!

With a move from the Pacific Coast imminent, we thought we'd better take advantage of our proximity to Hawaii for one last 2014 trek.  We're sending this year's note on a rainy morning from our oceanfront hotel in Wailua, Kauai.  Even though it's raining, don't feel too bad for us - the sun is scheduled to come out soon :-)

Best wishes to all for a wonderful holiday season, and a happy, healthy new year!  And of course - let us know if you make it to NY in 2015!

As always, proof that we're not getting any cheesier in our old age - it's just our way...