Upon rolling into the Hudson Valley early Sunday afternoon, we went in search of lunch. Finding nothing in Ossining, we continued on to the tiny town of Peekskill, where we stumbled upon a small collection of restaurants with sidewalk tables and umbrellas. We chose the pleasant-looking Division Street Grill, where we were treated to odd/bad service from an older guy who told us that he lives in the city in a rent-controlled apartment he inherited from his grandmother for which he pays about $650/month (!!!) and comes up to Peekskill on the weekends to work (but apparently, mostly to shoot the shit with his friends and acquaintances, in our estimation anyway).  The warm duck salad we shared was delightful and the low-key atmosphere was a welcome change from the frenetic weekend brunch scene in the city.


After lunch we checked into yet another Hilton Garden Inn (after a bit of a scheduling snafu, as we had accidentally booked dates for the following weekend - oops!) in the sterile, commercial center of Fishkill, NY and went off in search of our first Hudson River bridge experience.

As it makes its way north of New York City and into upstate New York, the Hudson River becomes quite substantial and has numerous bridge crossings.  The Bear Mountain Bridge is one such crossing.  It is a pretty standard vehicle crossing with a sidewalk for pedestrians but I had read that there is a nice suspension footbridge from which you can view the Bear Mountain Bridge as it crosses the Hudson River.  On our quest for said footbridge view point, we got a bit lost and confused and our search involved hiking, in the heat and humidity, through the Fort Montgomery State Historic Site, the scene of an important Revolutionary War battle, and now consisting mostly of piles of rocks from old foundations and walls and a few cannons.  Finally, we found the small footbridge, which is vaguely picturesque in and of itself if you like suspension footbridges (which I suppose that I do) and we gazed at the Bear Mountain Bridge from the middle of the smaller bridge.

The most interesting thing about the Bear Mountain Bridge is that it is part of the Appalachian Trail, which traverses approximately 2,200 miles from Georgia all the way to Maine and crosses through Bear Mountain State Park as it passes through New York.  So, as it turns out, not very interesting at all (unless you are hiking this particular section of the AT, I guess).


On Monday morning, we visited the Storm King Art Center, so named due to its location near the Storm King Mountain, which is visible from parts of the park.  A definite highlight of our trip, the Center has a small indoor exhibit space but the main attraction is its 500 acres of rolling hills, grassy meadows and shaded woodlands which provide a beautiful backdrop for a variety of over-sized sculptures, including several Calders.


Although the insects were a bit bothersome as a result of the high humidity (we were expecting rain), we thoroughly enjoyed our morning park-like stroll.  Even though we visited on Memorial Day, the crowds were thin when we arrived shortly after opening and we felt like we had the sculptures nearly all to ourselves.

By the time we left around noon, however, the holiday weekend daytrippers were arriving en masse and we were horrified to see the incredibly long line of cars waiting to get in, snaking almost all the way to the main road.  Vacation score!

After lunch we thought we'd try another bridge, this time actually walking across the Hudson River.  Much more interesting for tourists than the Bear Mountain Bridge is the wide, pedestrian-only (and bicycle friendly) Walkway Over the Hudson that was created from an old railroad bridge.

Completed just last year is a cool glass elevator you can board to reach the bridge from the pleasant park below, which is the easiest access point and located in Poughkeepsie right near the train station.


The elevator ride alone would have made the trip worthwhile, but the bridge itself offered serene views of the river below and the stiff breezes high over the Hudson were a welcome respite from the continued heat and humidity.


Later that afternoon, we made a brief tour of the famed Culinary Institute of America campus, where we hope to return one day for a student-made meal of presumably the highest quality.


This was followed by a stroll around a portion of the substantial grounds at the Vanderbilt Mansion and a stop-off at the Rhinecliff Hotel, located near historic Rhinebeck, for some necessary afternoon riverfront refreshment.  We deemed these two locales also worthy of return visits. 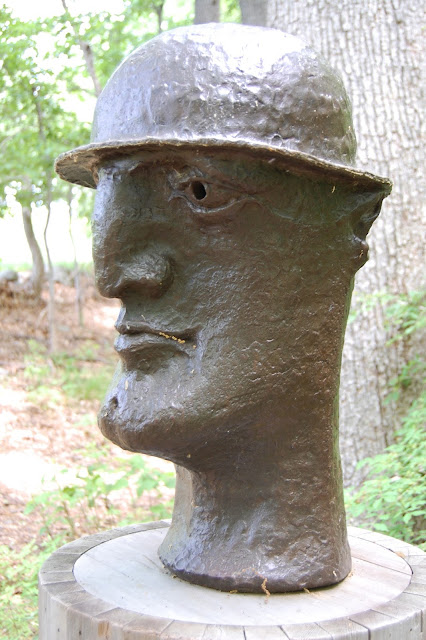 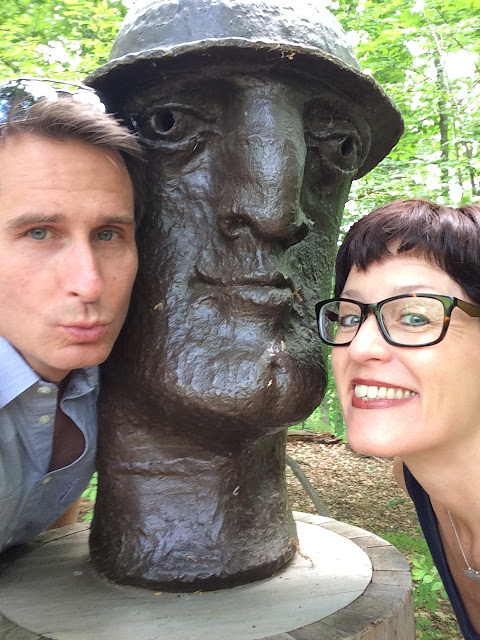 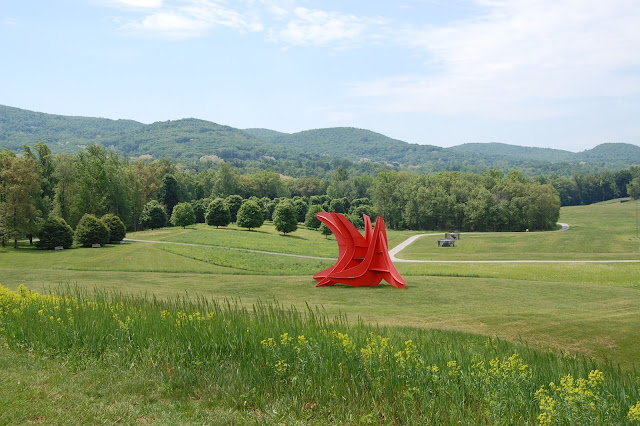 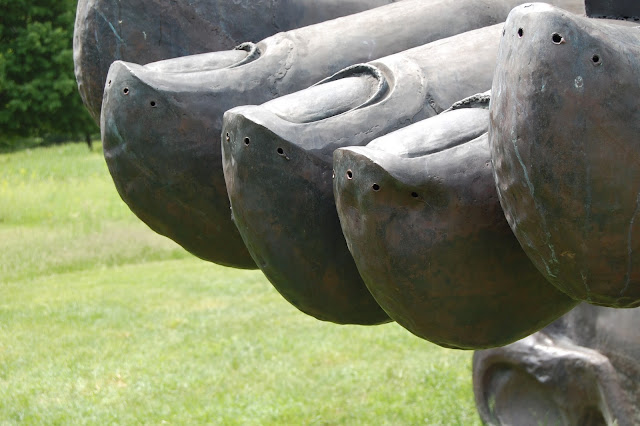