A Blissful Week of Doing Nothing in the Tropics: Christmas in DR

A few years ago, we started an unofficial tradition of traveling somewhere interesting or at least warm over Christmas week, typically returning home on or near Christmas Day and hence avoiding the worst of the holiday crowds.  In 2012, we jetted off to (frigid) South Korea Merry Christmas from Seoul!.  2013 found us road tripping to Crater Lake National Park and around the south central part of Oregon A Wintry Exploration of Central Oregon before driving off in the opposite direction to celebrate New Year's Eve and New Year's Day in LA, cheering the Michigan State Spartans to a Rose Bowl victory with friends The MSU Spartans Go to the Rose Bowl...and So Do We!.  And finally, last year we made our second trip to Hawaii, this time to the stunningly beautiful island of Kauai, before leaving the west coast to make our home in New York City.

While it's been a truly enjoyable and rewarding experience in many ways, moving to Manhattan from Oakland last February has been a challenging transition and Scott's job as US market controller for Nespresso is highly demanding, to say the least.  Add to that our utter fear of the cold winter weather staring us down and the decision to go to an all-inclusive resort in the (relatively) nearby Dominican Republic was an easy one.

It had already been a busy holiday travel season for us.  A trip to the Detroit suburbs for a week-long family-and-friends visit over Thanksgiving was followed up by Scott flying directly to Geneva from Detroit to spend almost two weeks in Vevey, Switzerland. There, he attended the prestigious Nestle institution Rive Reine for a leadership course specifically designed for Nestle's top finance professionals.

On Friday, December 11, after almost two weeks of grueling finance seminars and group projects, Scott arrived home, exhausted.  Prior to his return home, we had barely had a moment to discuss our plans for Christmas week but knew we wanted to travel somewhere warm, easy and relaxing.  On Saturday morning, a jet-lagged Scott and I went online and, after looking around for an hour, we booked a week at the adults-only Barcelo Bavaro Beach all-inclusive resort, located in the popular resort area of Punta Cana in the Dominican Republic.  Exactly one week later, we were on a plane bound for Punta Cana, just a three-and-a-half-hour non-stop flight from JFK.

I had been to a Barcelo all-inclusive in Cabo back in January to celebrate our close friend Jen's 40th birthday so I figured I knew what to expect.  It was indeed, largely what I expected.  However, our ground floor room, while very spacious and clean, was a bit disappointing.  It appeared in need of various small repairs (mostly involving a simple screwdriver) and perhaps a bit of updating and some additional practical furnishings, as we found the closets and drawers to be a tad lacking for a week-long visit.  And to top it off, on the final morning of our stay, we awoke to significant leaks in both the vanity and toilet/tub areas of our large bathroom!

We found the food at the resort to be quite lackluster.  This was no real surprise, based on reviews we had read and was largely unconcerning, as we weren't going to the Caribbean at Christmas-time for the food.  We were frustrated, however, by the difficulty of getting the required restaurant reservations for such mediocre food only to show up and see the restaurant half-empty.

But, the resort staff was pleasant enough and the pool and beach areas were serene, thoughtfully designed, inviting and relaxing.  In a word, perfect. All the rest became easy to ignore.

Really, almost the entire resort, including the adjacent family-friendly resort, Barcelo Bavaro Palace Deluxe, at which we had full privileges and was a short, scenic beachfront walk away, was pleasantly modern in design and quite elegant.


Not surprisingly, we were very pleased that we chose the adults-only portion for our home-base.  We positively adored the gorgeous pool there which was, conveniently, just steps away from our well-located room.  But we did enjoy the bar and lounge areas as well as the water sports available at our neighbor resort so it was nice to have the larger resort amenities as an option.


In fact, the friendly bartenders at the Carey Lobby Bar at the Bavaro Palace Deluxe consistently made one of the best dirty martinis I've ever had.  Sadly, the wine at the resort was almost undrinkable (this is saying a lot, as my standards have, upon necessity, fallen precipitously upon moving to NYC) so I drank a fair number of pre-dinner martinis around the property, one of which was so poorly made as to be completely undrinkable and got left on a table before returning to the ever-reliable Carey.

For the duration of our trip, we were surprised by the amount of Spanish spoken to us. Many staff members clearly spoke English, but would speak Spanish to us even though our Spanish, especially mine, is rather lacking.  This is in distinct contrast to our experience traveling in most parts of Mexico, where they will answer you in English even if you speak to them in Spanish, as it is apparently quite obvious that their English is far better than our Spanish.  The ubiquitousness of Spanish spoken around the resort definitely made the trip feel more exotic and foreign than many parts of Mexico feel, which we considered a plus.

The resort, especially the adults-only portion, was pleasantly quiet for most of our stay, becoming noticeably busier and noisier the evening before Christmas Eve, when the masses began to arrive.  (In fact, we've noticed this phenomenon at various destinations over the years, confirming our decision to travel during Christmas week and not over New Year's.)

During our week-long stay, we enjoyed the the warm sun, cool breezes and peaceful atmosphere of the pool area so much that we were not sufficiently enticed by any of the mediocre-sounding excursions on offer (such as the odd-seeming spa-on-a-boat experience) to leave our lounge chairs.

Lest you think we are complete sloths, we did manage to venture to the spa for massages one afternoon.  OK, that admission probably did not do much to change your opinion...

But Scott enjoyed windsurfing numerous times over the course of the week.


On our last day at the resort, we finally managed to play tennis on the resort's beautifully maintained and surprisingly empty courts.  Use of the courts included a choice of nice rackets as well as decent balls.  It was really nice not to have to lug our own equipment along on an airplane in order to hit a few balls.  I could really get used to this all-inclusive gig!  Indeed, it was such an enjoyable experience that we regretted not taking advantage of the tennis courts earlier in our stay.

On a few evenings, I impressed Scott with my (heretofore unknown) ping pong skills...

...Although he bested me at shuffleboard.


Most nights, we attended the nightly music and dance shows put on in the small open-air theater located off the lobby.  Slowly, it dawned on us that an all-inclusive resort is really just a cruise taking place on dry land.


One of the very few, minor disappointments of the trip was that there wasn't a lot of local, Latin music being played or Latin dancing opportunities (not that we have mastered any Latin dance steps, mind you).  Even the pool bar played an odd combination of muzak-style tunes and electronic club music.  I guess maybe we need to go to Cuba for good Latin music (wheels turning...).

The weather, while not perfect, was sunny enough to satisfy us in our pool loungers, armed with our reading material of choice and free-flowing tropical cocktails, for the better part of each day between breakfast and dinner.

We did have a fair amount of cloudy weather and a couple of rain showers.


But the temperature was consistently in the mid-80s and pleasantly humid enough to still be comfortably warm for the most part, even if the pool was a bit chilly.


All in all, it was a romantic, relaxing vacation and just what the doctor ordered.  It may sound like a boring vacation to some, but we quite fully embraced and enjoyed our week of doing almost nothing.  However, after a week of nearly uninterrupted laziness, we agreed that next time we'll be ready for something a little more active and adventurous.  In fact, we've already begun discussing a potential week-long, 3-city road trip in Puerto Rico for an upcoming winter vacation. Stay tuned!

Happy New Year to all!  May 2016 bring peace, health, and happiness to you and yours. 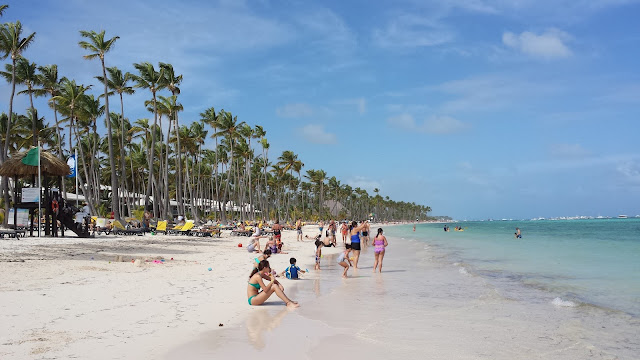 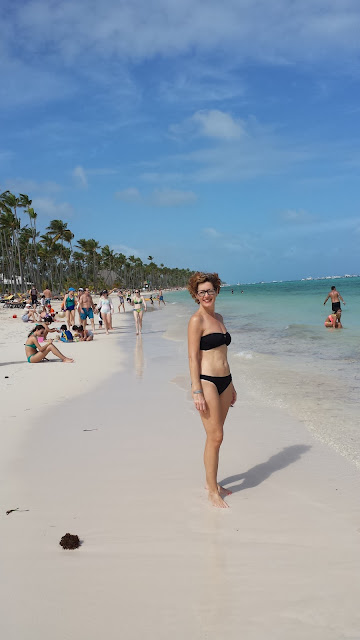 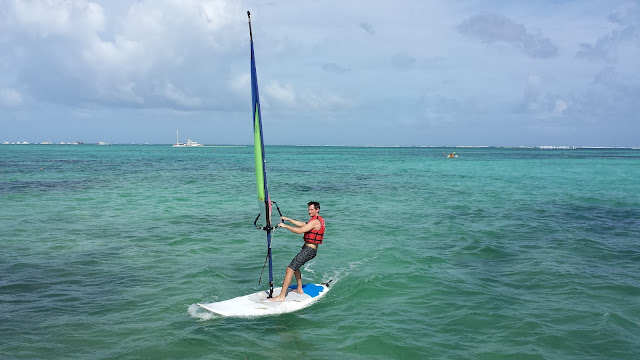 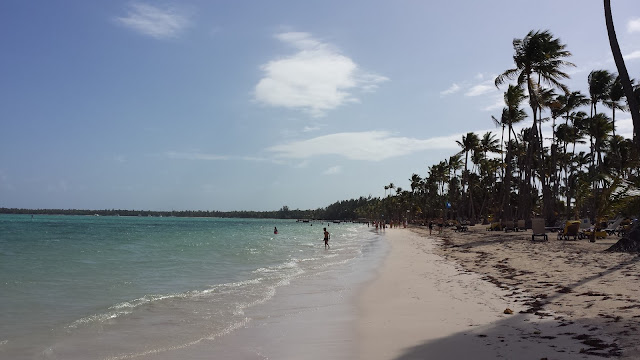 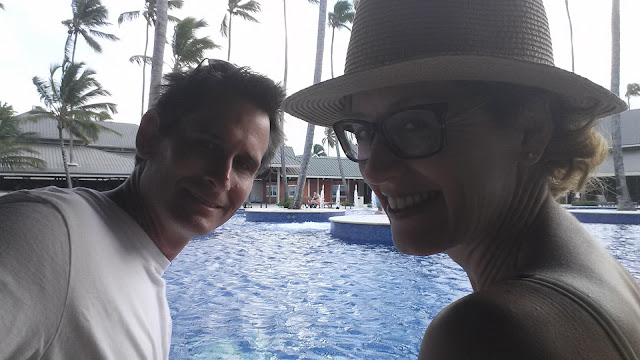 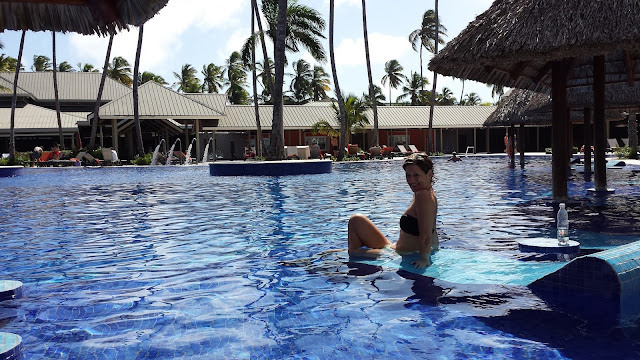 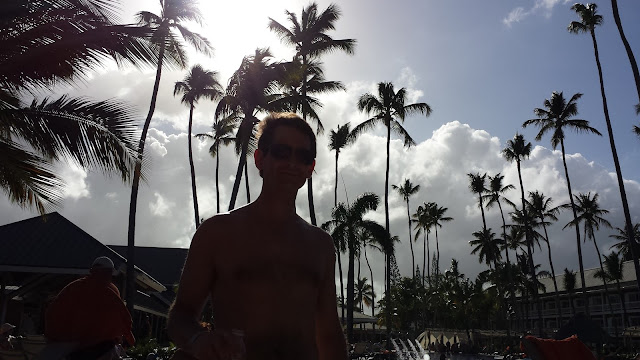 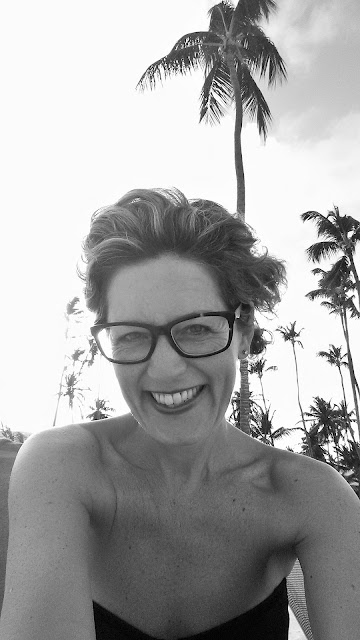 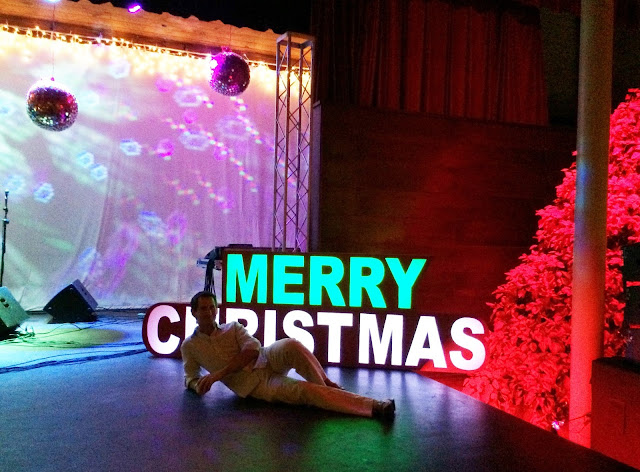